Connect to
Forum
We want an open community, where to talk and discuss together.
Explore our forum, keep yourself up to date.
Go back
Labersack_ 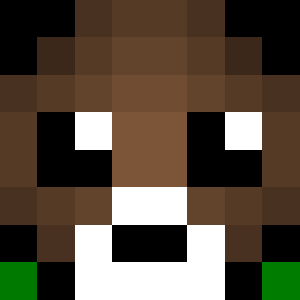 Atox was created earlier in 2019 when we started working on a Minecraft project for the first time called "Atox Network" which was a Minecraft server providing competitive gamemodes to its audience. Around December we decided to stop working on the project for several reasons. We, however, wanted to continue working on different projects and keep using the name Atox.

The End of Crate

Once we saw that friends of ours started working on their own Minecraft server, being Crate, we offered our development power in order to make the network succeed. The network had many problems due to several unforeseen circumstances caused by third parties, being DDoS attacks, crash clients and other events that made the network unstable.
During the past weeks we slowly let the network die and used it as a "test object" to try out new software and updates. Recently we have started teasing a new server on https://twitter.com/atoxdev our Twitter which will be a brand new server we will be working on, which is going to be called "Atox Minecraft Network".

Atox Minecraft Network, Atox Network, or Atox MCN for short is a competitive Minecraft Network the Atox Development Team is managing. At first glance it might seem like we're re-opening Atox Network, but we're not. We're going to use the current infrastructure used on Crate, which has been improved by a lot over the last couple of weeks, and use that as a base for the new project. We're going to carry over the servers, plugins, administration and most people with a couple of exceptions (more down below).

We're planning on making Atox MCN a very very very long lasting project and will go through all ups and downs and learn from all mistakes we've made in the past, our competitors have made and the ones we're definitely going to make in the future.

The project will be led by me, Labersack_, and I will try my best to make sure everything will be functioning properly and take care of the Network. We will be providing four stat-seasons a year which will be represented by the four "real life seasons" being spring, summer, autumn and winter. We're going to start with the summer season which is going to last until September 1st. This will give us enough time to work on decent updates for the upcoming seasons as well as not making the seasons too short or making them feel like they're going on forever. Additionally, we're going to host tons of events in each seasons because we want to interact with the community as much as possible.

Our public image is very important to us and we will do everything that is necessary to keep it as clean as possible. We will no longer tolerate anyone from the staff team or the administration to be shit talking anyone on social media or do anything that could harm us, Atox, in any way.

Therefore we introduced a new rule for all staff members which is called "The Zero Tolerance Rule" which to sum up says that if any staff member does anything that could damage our image, our professionalism, or anything that can be brought in relation to Atox, will be dismissed and not allowed back into the team. We've also made the hard decision not to take all staff members from Crate to Atox MCN because of their toxic behaviour, childishness, bad reputation in the community, as well as being not professional.

- We've completely redesigned the network itself. We're going to use new maps and lobbies for each gamemode because the old ones just felt used or gave us bad vibes (e.g. the old Atox Arena Lobby). Additionally, we've updated most chat messages and changed the design of sidebars and tab lists. We're no longer going to use the color green and are going to base the design around blue/aqua colors with a touch of yellow and gray as we feel like that is going to fit to the logo and generally feel like the new color scheme has a high quality and isn't excessively overused by other servers.

- Our UHCs got a brand new Anti Xray system that blocks EVERY xray client, because the Minecraft client doesn't know where diamonds are located anymore (which is a major flaw!). When sending the map to the client we simply replace diamond ores with stone and only tell the client that there are diamonds located a few moments before the client is physically able to see the diamonds. We've hosted about 50 UHC matches with the new anti xray so far. In the first 10 games about 50% of the players in the game were not even full diamond. After that, we increased the diamond rate and the majority of players that was caving for the entirety of the game mined full diamond before the first border shrink happened.

- We updated the world generation and we no longer have infinite biomes that will stretch across a whole border! We invested a lot of time into making the world generation as balanced as possible and about 50% of the map are hills and forests now and the rest are open surfaces that can be used for fighting. You can no longer run for ages through plains biomes that never end because you will encounter a river or a hill at some point. Besides, we increased the sugar cane rate a little.

- Do Not Disturb works now! We couldn't identify the cause of DnD breaking randomly during small border shrinks for ages, but we finally figured it out and it should be fully functional now. The person you're linked to will have a red nametag (which is gray by default) and you will not be able to link yourself to anyone else until the countdown, which is displayed on the sidebar, expires.

- ArenaPvP is now apart of Atox, again. It has become the biggest meme around Atox Network because we announced it before it was ready, we opened it before it was ready, closed it again, and opened it again at a buggy state. We've done PLENTY OF TESTING now and we are giving it another shot. A lot of you guys complained about the hits being weird or the rod feeling laggy and that lead us to wanting those two key aspects of to PvP feel as good as possible. After hours of playing around with the spigot codebase, research and development we are presenting new hits to you. In addition, we now have different knockback values for speed and non-speed kits and trust me THEY ARE GOOD.

- Tournaments are now also apart of ArenaPvP and can be hosted by anyone with a Premium rank once we feel confident enough that they won't break and run as intended. Until then, they remain admin only. We're going to host prized tournaments in the near future and will always announce them on our social media.

- LMAO, our anti cheat, which stand for (L)ive (M)inecraft (A)nticheat (O)peration (😉) is constantly being worked on and even though it is not automatically banning yet, it will do so in the near future and it is going to be very accurate. We don't want to let it start banning automatically until we're confident that false flags are rare.

- Meetup and FFA remains the same for now. We will be working on these two gamemodes later on as we are currently focusing on upgrading infrastucture and UI for Arena and the network in general.

- Automatic IP bans are being removed. We have taken the decision of removing automatic IP bans for several different reasons, but we will still be issuing manual IP bans for chronical evaders, cheaters and for legal reasons, which included, but not limited to, are network attacks and legal problems.

Back in 2019, the staff team was completely different than the current. A lot of people changed their interests, left when the old Atox Network closed or just wanted to change. However, we are glad to announce that anyone from the old team is welcomed back to join us. If you are one of those guys, feel free to message us anywhere and we will talk about it. Please note that if you would like to come back, you will be assigned a rank below the one you had previously. For example, if you were a senior staff member back on the network, you will be hired as moderator. Looking forward to seeing you guys again!

We are excited to announce that the network will be releasing today, 15th May 2020 at 4:00 PM UTC. Hope to see you all there! 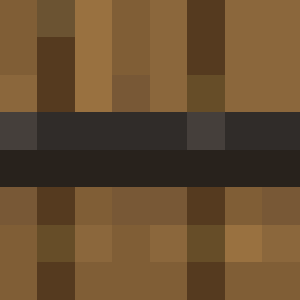 UHC Host
Created by KokaNoodles on 16/05/2020 at 13:23.
This makes me very enthusiastic about the future. I also really appreciate the new improvements to the UHC maps.